These pictures in a slideshow

Each image links to the highest resolution available.
Wedding of George and Maria

George P. Haworth and Maria C. Rujea got married on 2019 May 01 in Croydon Registry Office Brian Skeet mysteriously transported to Cannery Row, Monterey, California.
On 2016 Nov 08 California voters were asked a much more important question than "who should be president": "should plastic bags be banned in California". They agreed that they should be banned.
But presumably people who already have bags will be allowed to keep them. But far more important than than the election of an improbable president was what happened next morning - the first fatal tram accident in the UK since 1959. Sending shivers down the spine in our family because we have all travelled in a tram along that particular bit of track. (Photo by Jim Bennett ripped off from this page in The Sun.)
Nag’s Head, Abingdon - 2017 Aug 15
Images mainly by Dave Urry - 178Uxx and Ian Spence - 178Ixx 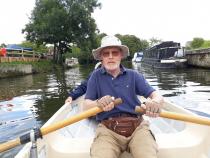 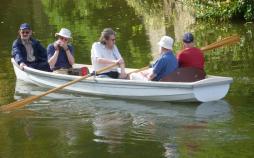 Ian has his camera set to a ridiculous 14M pixels resolution but it does mean that we can extract the centre of this image and produce this usable image: 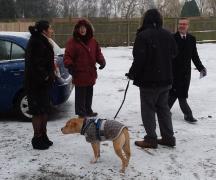